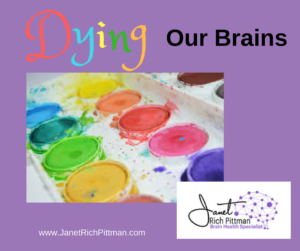 What do these foods have in common?

They are all loaded with synthetic, artificial food dyes man-made from coal tar or petroleum.

Scientific studies, specifically from Pediatrics, The Lancet and Journal of Pediatrics, told us about 10 years ago, that these dyes were damaging the development of our children’s brains and could be a main source for ADHD-Attention Deficit/Hyperactivity Disorder.  For those children NOT suffering from ADHD disorder, the studies also told us these same dyes can make kids hyperactive and/or hysterical, if not just plain nervous.

In the last few years studies, such as those from International Journal of Biological, Biomolecular, Agricultural, Food and Biotechnological Engineering and World Journal of Pharmacy and Pharmaceutical Sciences, not only confirm artificial food dyes cause developmental brain problems but they also indicate artificial food colorings are a cause of brain cell degeneration.

Basically food coloring, eaten over the years, is a cause of dementia.

Dementia is from brain cell degeneration and that is when brain cells deteriorate, break down and die causing the brain to lose function.

When foods dyes are consumed over a series of months to years to decades, this causes the brain not to function at prime capacity. In other words, we lose names, train of thought, words are dropped where we cannot finish a sentence, we are tired all the time and somewhat in a haze.

And when we keep eating the coloring and other toxins, it gets worse, where we make improper judgment calls, our reasoning is off, we do not have strong control over impulses and emotions, changes in personality creep up, we cannot focus and pay attention, our senses become weak and our visual perception is off.

Yellow dyes are associated with high oxidative stress which creates free radical production.  Simply the yellow dye causes your brain cells to go crazy and beat each other up (hyper inflammation) , eventually killing each other.

Various artificial blue dyes cause gliomas which are tumors made in the glia cells, the supportive cells to neurons which hold up the neurons and direct them. Yep, tumors as in Brain cancer!

Orange to red dyes work to build up plaques in the brain.  Actually they cause a specific protein, amyloid precursor protein, to misfold and starve brain cells, resulting in dementia, Alzheimer’s the most common form of dementia.

The European Union has demanded warning labels be issued on foods containing artificial synthetic dyes.  Australia and the United Kingdom have banned these chemicals in foods altogether.

Why have companies in US not taken these artificial dyes out of our foods?

Companies make the food/candy with the coloring to make it attractive so to garner a sale. Obviously, it’s a political issue. And because of the cheap price and the attractiveness of the coloring, the packaging and the taste, we keep on buying it.  So let’s don’t because foods containing these dyes are killing our brain cells.

We can get good tastes, not the same taste though and maybe not even a better taste, from natural foods with natural colorings, but we will at least get safe, natural and productive nutrients to give us a healthy brain.  With a healthy brain we are sharp, quick and mentally astute; we have instant recall and energy as well as the most important, we are preventing dementia.

Nutrition is a main way to have good brain health. Not only do we need to absorb nutrients from all natural foods to better our brain, we must, else we will dye our brain to death.

For more ways on how to get a healthy brain: 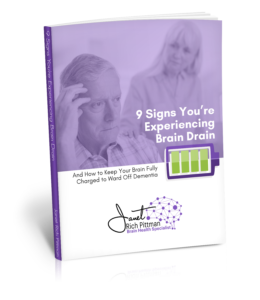 Good to talk with you! 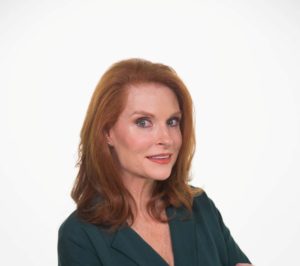 Brain note to the Tax Man…

How to Keep Our Brains Young
Scroll to top