FINGER study just released this past March 12, 2015.  The Finnish Geriatric Intervention study to Prevent Cognitive Impairment and Decline (FINGER) was a longitudinal randomized study of 1260 seniors ranging in age 60 to 77 which showed that it is possible to reduce cognitive decline with lifestyle changes incorporating

If only Reverend Smith had known.  His family’s suffering and his own pain and suffering by being bedridden at his daughter’s home, fully incontinent with a feeding tube… could have been prevented.  I counseled Reverend Smith’s daughter, names have been changed to protect privacy. His story is true.

Severe diabetes was Reverend Smith’s diagnoses nearly three years ago.  Eating habits were not changed, medicine was given then few months later his kidneys shut down and dialysis began. 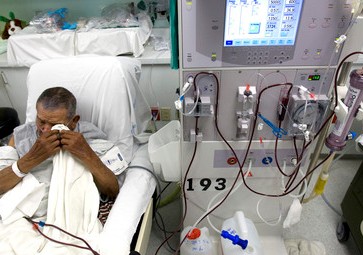 His daily trips to the lab to empty his urine became exhausting, his cognition began to slip and just at 18 months since diagnosis, full fledge dementia had eaten through his brain. Urinary tract infections were consistent and amongst frequent hospital visits he became violent and combative through his dementia. He was taped to his bed. He would not eat and a feeding tube was administered.  Yet at discharge, because of his demented combativeness, he was not allowed to transfer to a skilled nursing facility (nursing home).  His daughter’s home was the only alternative.

With his length being shortened, the death waiting game spiraled, uncontrollably, downward.

Diabetes is the number one precursor to dementia.  When your cells do not allow insulin to help nutrients feed your body or if your body does not produce insulin, you starve your body from the inside.  It is the same for the brain.  Brain cells become insulin resistant where nutrients cannot feed brain cells and/or the brain stops producing insulin.  Along with starving our organs causing them to shut down we are also starving our brain, causing brain cell death resulting in severe loss of cognition, aka dementia.

Based on current research results along with trials and testimonies, we now know Diabetes II can be reversed and Diabetes I can be substantially curtailed, nearly cured.  There are two books I highly recommend which map out such a cure.  The 30 Day Diabetes Miracle by Franklin House, M.D. et.al  takes a vegan/vegetarian approach and is amazing. The 30 Day Diabetes Cure by Dr. Stefan Ripich allows you to eat certain meats along with dairy and is not as striking. If you suffer from diabetes or are pre-diabetic, investigate which book could work for you or perhaps a combination of both.

If Revered Smith had taken the bull by the horns, learned about his disease, learned about nutrition and slightly changed his life style, he would be alive and well today.  TheFINGER study confirms this.

While Reverend Smith could not have lived forever, the purgatory he put himself and his family through was a prolific expensive waist if not sinful.  The misery, hindrance, burden and torture he put his family through could have been avoided and not experienced.

If you have diabetes, make sure this does not happen to you or your family. You CAN turn around and rebut diabetes and the dementia that follows.  Learn how. And one way to learn how it to keep reading this blog and implementing suggested tasks!  Here’s to your good brain health!