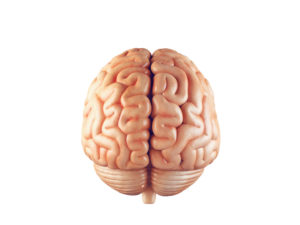 Dementia strikes the majority of its victims around age 63, specifically between age 60 and 64. But actually, getting dementia as you age is like breaking your leg as you walk down the street.

Dementia is a description for a wide range of symptoms caused by decline in cognition or mental ability used to perform everyday tasks, tasks such as confirming your dress shirt is starched and suit clean for the wedding this weekend to cooking for your extended family to maintaining peak performance from your car to the thought of a new toothpaste…daily tasks.  Bottom line, dementia is when an abnormal amount of brain cells die within a relatively short amount of time.

What is abnormal cell death?  Well, our bodies are cellular rejuvenation and renewal machines. It takes about 18 to 24 months to replace your bones, 3 to 4 months to replace your muscles. Hard core statistics for brain cell reproduction are not so definite.  We just learned about 10 years ago that indeed you could replace—grow new brain cells called neurogenesis.  But we know loss of cognition is caused by losing a concentrated and significant amount of brain cells, which is NOT normal.

What is a short amount of time?  If you become incognizant by age 70 it has taken 10-15 years to build this death of brain cells in a specific area of your brain.  Ten years compared to 70 years…is short.

The Alzheimer’s Association and the Alzheimer’s Foundation of the US state there are up to 50 types of dementia diseases.  Alzheimer’s represents roughly 60 percent of dementia.  The National Institute on Aging, NIA states that those who do not have Alzheimer’s many have a mixed type of dementia involving more than one brain disorder.   Diseases which are dementia –again significant death of brain cells–are AIDs, Alcohol Dementia, Concussion, Creutzfeldt-Jakob Disease, Frontotemporal Dementia, Huntington’s Disease, Lou Gehrig’s Disease, Mixed Dementia, Parkinson’s Disease, Posterior Cortical Atrophy, Traumatic Brain Injury, Vascular Dementia, Korsakoff Syndrome.

There is no cookie cutter description of dementia.  When was your last cold?  No one’s cold symptoms are the same, some sneeze galore, others are congested, others cough, others have sinus pressure headaches, others have a combination of many symptoms, others suffer from just one.  Just as cold symptoms vary, so do dementia symptoms.  Dementia is just not memory loss.  Severe memory decline, a popular symptom mostly associated with dementia, occurs usually a quarter to 1/3 after dementia has settled into your brain.  To learn why you are having memory loss and the difference between memory loss ‘Senior Moments’ and dementia, subscribe to my free blog OnTheBrain found www.TheBrainNerd.com.

Dementia symptoms are actions resulting from cognitive decline.  When two or more cognitive functions are faulty in operation, MCI, mild cognitive impairment is diagnosed and dementia has long set in.

Look for fault in two of these cognition traits:

Just as a massive amount of heart attacks have opened our eyes in the last few decades to heart health, our society stricken with dementia, specifically Alzheimer’s, has shown us how important good brain health is.  We all will go someday, but don’t we want to go with a healthy and productive mind which has given us wisdom and the capacity to hold our treasured memories?

Keep reading here at OnTheBrain to understand what causes dementia and how to prevent it, specifically, how to have good brain health.  And feel free to contact me with questions.  Here’s to YOUR good brain health.

70Plus Ski Club…Are you a Member?
Scroll to top