How about feeling depressed and achy? 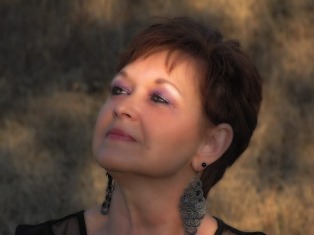 That too was my Aunt Loraine.

During a visit, she explained her situation. Stunned I asked, “Holy cow, why are you on an antidepressant?”

“Well hoooneey,”  in an approval-not-needed tone,  “I’ve just not been feeling right and this is what Dr. X gave me.”

“Aunt Lo”, I chimed back, “you don’t have a thing on this earth to be depressed about.  Your grandkids are making straight As, your children’s careers are churning nicely, everyone is getting along these days, you power walk everyday, are healthy as a horse, heck you just got back from a River Cruise all through China.  How in the world could you be depressed?”

With deeper and deeper questioning, she expounded her symptoms.  Self discipline, she asserts, was used to counter her feelings in trying to make herself better.  With no improvement, she gave up and went to the doctor.  Antidepressants were prescribed along with a sleeping pill as if they were a ‘you’ll feel better lollipop’ that we used to get after visiting our pediatrician.

I was not.  Back at my office I pulled my research and verified that study after study has proven antidepressants,

And most of these effects were what Aunt Lo was trying to correct!!!

Author and Psychiatrist Dr. Grace Jackson informs that antidepressants have the potential to actually change the structure of the brain through their manipulation of serotonin nerve cells.

Dr. Pam Smith, internist and anti-aging specialist internationally renown for her views on Metabolic, Anti-Aging and Functional Medicine does not like antidepressants either.

“No one was born with a Prozac (common antidepressant as is Zoloft and Lexapro) deficiency and doctors are handing out these sleeping pills as if they were candy”, she exerts. “They (the doctors) are simply treating the symptoms and not the root cause of the problem.  The problem here is that antidepressants and sleeping aids decrease memory.  Your geriatrician or your general practitioner should not prescribe antidepressants unless absolutely necessary.  In fact some people do in fact have depression but most people simply have a hormone deficiency.”

She continues by relating to her practice as the Director of Center for Healthy Living and Longevity.    “Ninety-six percent of the women that come to my practice on an antidepressant left without one.  Four percent did have depression and the antidepressants were continued.  The other 96% had a hormonal issue including a thyroid problem or thyroid trouble as a cause of depression.”