“What do I think of this latest Alzheimer’s treatment?” was the question given with this article in a recent FaceBook conversation announcing the results of a Phase II Trial just embarked by West Virginia University.  (Here is the link to the Facebook conversation, feel free to comment.)

Insightec, out of Israel, makes a helmet MRI/Ultrasound machine which is the machine used to treat Alzheimer’s  in the phase II study done through West Virginia University School of Medicine Rockefeller Neuroscience Institute.  This is the first study done in the US, where they separated the blood brain barrier (BBB) with this machine and kept it open for 36 hours.

But does it treat Alzheimer’s?  That is the question, followed by what is the promise and what are the specifics?

Through sound waves, the ultrasound finds targeted tissues and by increasing the power of the waves trough MRI observation, these tissues are disintegrated.  The machine has been successful with 1.  destroying uterine fibroids or leiomyomas/myomas and 2. after specifically targeting bone nerves, the machine destroys nerve cells at the outermost area of the affected bone to relieve pain.  (If you have ever known anyone with bone cancer you know bone cancer gives pain a new definition, it floods intolerable torturous pain.)

While opening the BBB is NOT the cure for Alzheimer’s, the goal of the study is to keep the BBB open to allow ‘medicines’ in to destroy or, through perhaps an additional ultrasound technique, to clear beta amyloid plaques and tau tangles.

A now retired Dr. David Snowden, PhD spent nearly 25 years studying the brains of nearly 1000 nuns from various convents in the Midwest to understand the causes of Alzheimer’s. These nuns donate their brains to science where after their death, Snowden and his teams extensively dissected, analyzed and probed every brain. 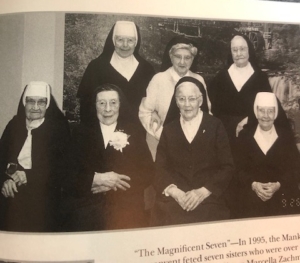 There is so much to be pulled out of Snowden’s study but the main concept, theory, observation was that those nuns who died of Alzheimer’s had the same amount of beta amyloid plaques in their brains as those who died with their full cognizance, with a full functioning brain.

That needs repeating:  the nuns that died from old age or other non Alzheimer’s causes whether an automobile accident, cancer or pneumonia, where they had their full cognition right prior to their death, had the same amount of beta amyloid plaques as those nuns who died while in the full onset,  final stages of Alzheimer’s.

For these ‘cliff notes’ let me just say removing beta amyloid plaques is not the answer, rightly as Snowden and his study of near 1000 nuns showed us.  He has written a book on his study or studies called Aging with Grace. 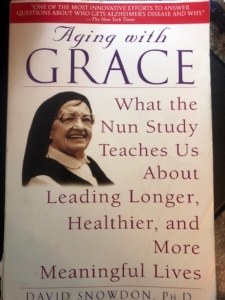 Opening up the BBB via The Phase II Trial conducted by West Virginia University School of Medicine Rockefeller Neuroscience Institute using Insightec MRI/Ultrasound machine to get rid of the beta amyloid plaques… is questionable.

There are three main causes of dementia/Azheimer’s. The proven key, what has worked to reverse dementia in thousands of invaded patients. is to get to the root of the cause of the symptoms and then counter the prognosis or projection.  Through my 9 Step Alzheimer’s Reversal/Memory Retention Map, (the map found here, the explanation here), we go step by step with an individualized plan to find and keep your memory. First we scrutinize your causes through medical testing and  your medical history topped with analysis to develop your individualized plan.  The remainder 8 steps follow to find equilibrium and balance in your body, in your brain and in your mind so to keep it fully functioning, for the rest of your life!

Would I subject my mother or father to this procedure of the Insightec machine?  Absolutely not.

What do I say to/about this study?

Here is the other side of the story.  What is your decision?

Send me more articles and question me about other studies and new drugs targeted to treating Alzheimer’s!

If I can ever help you or yours, reach out.  Schedule a 10-5 minute free call by clicking here to see if you/yours would be a candidate for my 9 Step Alzheimer’s Reversal/Memory Retention Protocol where we see full results in 3-4 months, immediate changes in as little as two weeks.  And if not for the full program, I can at least provide a lengthy strategy session or make recommendations so to get back your memory and keep it, to keep your brain fully and successfully functioning.

I stand ready to help and assist. 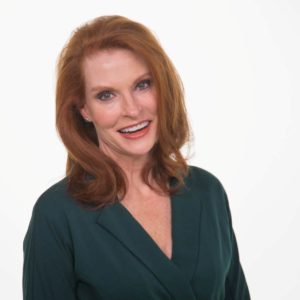 Janet is a Certified Dementia Practitioner and former Dementia Healthcare Administrator.  After years of being at the bedside, holding your mother’s hand trying to caress the dementia way, Janet immersed herself in brain research, attended two neurological ‘brain health schools’ and has been trained in the Dale Bredesen, MD Dementia Reversal RECODE Program.  Now Janet is on a mission to power up people’s brains to prevent Alzheimer’s and other dementias and reverse cognitive impairment.  She has a 9 Step Process and counsels many one-on-one, learn about it here. Learn more about Janet here.

The purpose of this information is to convey knowledge. It is not intended to diagnose, treat, or cure any condition or to be a substitute for advice from your healthcare professional. Sincerely, I wish you and yours the very best in brain health.

My Full Disclosure is Here: