In the Alzheimer’s world the overproduction of these miss-folded proteins are thought to be a main cause of this deadly and family altering disease. 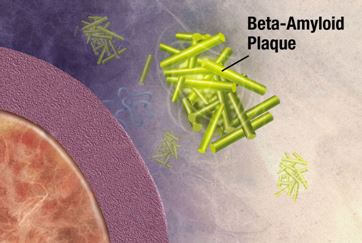 A team co-led by Drs. Deepak Kumar Vijaya Kumar of Massachusetts General Hospital and Robert Moir and Rudolph Tanzi of Harvard Medical School[i] showed from their study released mid May 2016 that Beta Amyloid Plaques act as a natural antibiotic that protects the brain from infection.  Specifically the plaques trap and imprison bacterial pathogens (parasites that cause disease) preventing their spread.  The doctors denote it is still unclear if the plaques are “fighting a real or falsely perceived infection” but this research gives us a pathway for medicines to target if indeed Beta Amyloid Plaques are the true problem.

In the late 80s through early 90s scientist David Snowden, PhD showed us through his study of nearly 1,000 nuns[ii] who donated their brains to science, that those nuns dying under the last stage of Alzheimer’s had the same amount of Beta Amyloid Plaques than nuns showing no cognitive impairment on the scale of even the beginnings Alzheimer’s disease.

The science is still not there to give us a definite cause of Alzheimer’s disease. New research tests are beginning to tell us that these plaques, when in excess quantity, are perhaps banging around too much in our brains and breaking up our tau proteins causing Neurofibulary Tangles. An excess of tangles is thought to be another cause of Alzheimer’s. Stay tuned for developments on cures.

Why you need to start running..
Scroll to top